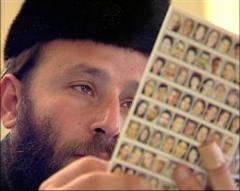 Two suicide bombers detonate their bombs in a busy shopping area in the center of Tel Aviv. The aftermath is horrific. Enter the ZAKA team. Black plastic bags in hand, they scour the area, intent on finding everything down to the last fingernail. Their mission: To collect every piece of flesh, every scrap of hair, left after a suicide bombing. Always on call, their beepers vibrate seconds after the disaster. They believe in providing the “Chessed Shel Emet” or “true act of kindness”-i.e. a burial for all human remains. They are the ZAKA volunteers. The film follows the ZAKA volunteers in more than two years of suicide bombings in Israel, in their training and when they get the call – to come and take care of the bodies. In February 2004 a group of Zaka volunteers traveled to The Hague with the bombed bus from one of the suicide bombings in Jerusalem.