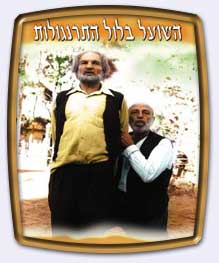 Amitz Dolniker, an uptight Israeli politician has a heart attack in the middle of his speech. His doctor advices him to “go someplace quite, rest, and don’t make speeches”. His young assistant Immediately suggest they go to Switzerland, however Dolniker had taken a vow not to leave Israel unnecessarily, so he comes up with a different idea – going to a remote village where they have never heard of him. As they arrive, it turns out that not only the villagers have never heard of Dolniker, but they have also never heard of running water, electricity, phones, and most importantly: TV, Radio, and newspapers.