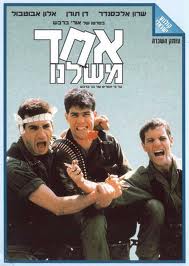 Rafa, an Israeli military policeman, has been sent by headquarters to investigate irregularities in the reporting of the death of an Arab murder suspect. When he gets to the West Bank military camp to investigate, he finds that the Israeli officer murdered was an old schoolmate of his. Furthermore, another officer, also an old school friend, openly admits to killing the suspect for “attempting to escape interrogation.” It is clear that the murder suspect was killed by Rafa’s friend in order to ensure that justice was personally served for the murder of the Israeli officer, and this action was not only illegal but immoral. On the other hand, Rafa is just as clearly expected to let the whole thing slide, because the offending officer is One Of Us.