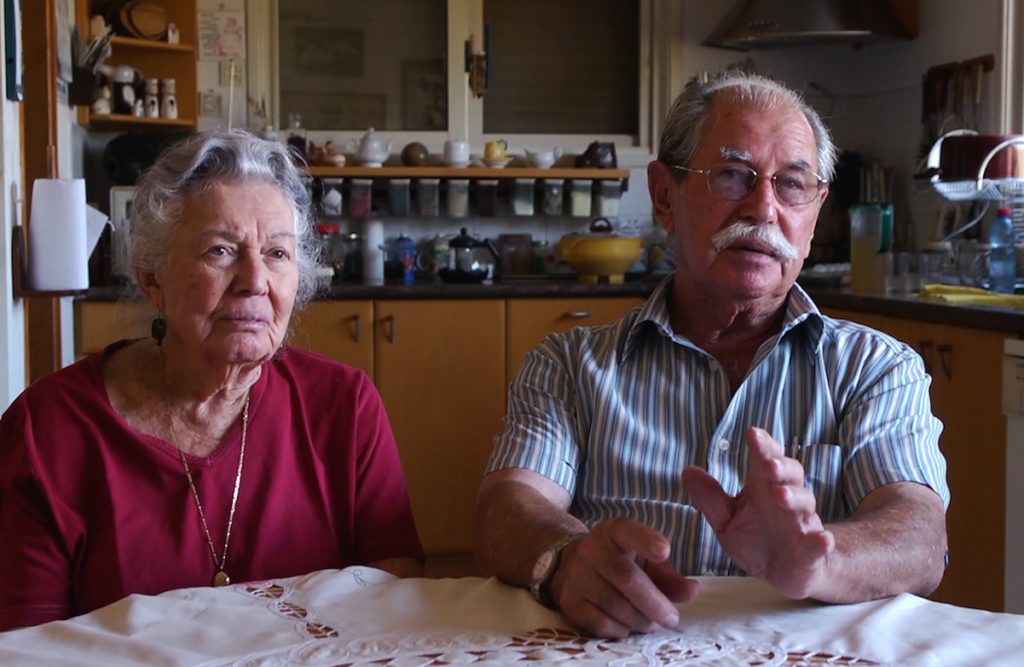 In a pastoral house on the Israeli countryside live the filmmaker’s grandfather, grandmother, and a big crystal mirror that was taken from a Palestinian house during the Nakba – the depopulation of hundreds of thousand of Palestinians during and after the establishment of the state of Israel in the 1948 war. The story of the mirror is not a secret, but it remains untold. The filmmaker asks why is it that Jewish Israelis cannot address the mirror and others remnants of the Nakba, even when they are placed in the center of their lives? In this short conversation, the filmmaker and her grandparents negotiate the ways to tell the untold, staging an allegory for the position the Nakba takes in the realities of Israeli Jews.