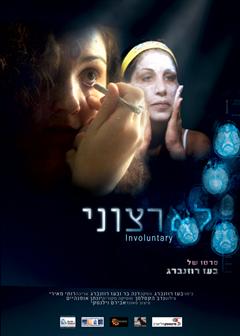 Alin and Shani are two young Israeli women. Inside them exists a monster that is threatening to burst at any time, it is called Tourette Syndrome and the two are suffering from it in the most severe and extreme way. Alin (30) is living on the edge, wild and rebellious, loves to drink and have a good time. Shani (18) is sweet and intelligent but suffers from social isolation. The worlds of the two are entirely different: Alin comes from the slums of Haifa whereas Shani is a “good girl” from the suburb Ariel. The director Boaz Rosenberg followed the two young women over three crucial years, during which they grew up, experienced emotional turmoils and dealt with the problematic relationships they have with their homes and society. Especially prominent is the close yet complicated relationship with their mothers. In the peak of the movie Alin is going thru an experimental brain surgery in her efforts to fight her illness, while Shani reaches a point in which she can no longer stay at her parent’s home and has to deal for the first time with real independence. ‘Involuntary’ gives a fresh & intimate look on survival in a world where one feels “abnormal” and different.