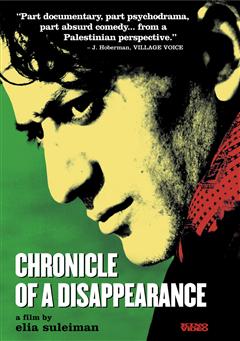 Chronicle of a Disappearance

What does is mean to be Palestinian in the second half of the twentieth century? Filmmaker Elia Suleiman was born in Nazareth in 1960, well after the establishment in 1948 of the state of Israel in historic Palestine. After twelve years of self-imposed exile, living in New York, Suleiman returns to the land of his birth in an attempt to find his roots. Chronicle Of A Disappearance does not take a position on the political impasse in the Middle East. Rather, the film is a personal meditation upon the spiritual affect of political instability on the Palestinian people, their psyche, and their identity. As such, it is an invaluable contribution to the struggle.