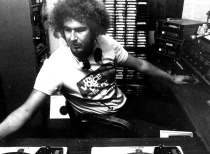 The Voice of Peace

The charming and legendary Abie Nathan, dreamed of a more peaceful world and not least a more peaceful Middle East. He established the Voice of Peace, Israel’s first offshore radio station, anchored off the Tel Aviv coast. During the 70’s the radio station had more than 20 million enthusiastic listeners all over the Middle East. The station that sent out a message of peace, was supported by numerous international celebrities like John Lennon and The Carpenters . In November 1993, Nathan decided to sink the ship on international water after the Oslo Accords signed, a contract for Nathan met the Voice of Peace desire for peace.