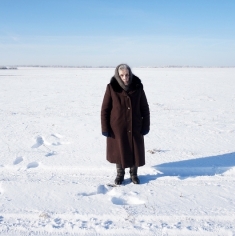 The Guardians of Remembrance

The Holocaust of the Jews in the former Soviet Union has remained a mystery, even for the many decades after the war has ended. Due to Ideological and political reasons the Soviet regime did not recognize the unique and tragic nature of the extermination of Jews by the Nazis. It was only after the dismantling of the Soviet Union that efforts towards documentation and commemoration of Holocaust victims in these areas were possible.Following seven years as the head of a project at Yad Vashem to recover the names of Holocaust victims in the Former Soviet Union, Boris Maftsir sets out on a journey never seen before on the screen – a journey to restore the memory of a Holocaust that was all but forgotten.