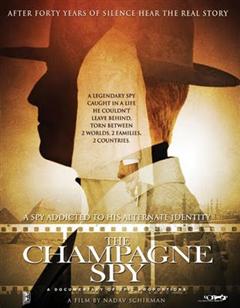 In the early sixties, Oded is just 12 years old when his father reveals to him that he is a Mossad agent and makes the boy swear to secrecy. He leaves his familiy for a mission in Cairo, where German scientists from Peenemünde develop missiles for Egypt, a threat against Israel. Two years later Oded’s worst fears come true: His father gets caught in Cairo and is facing a death sentence. Also in the court room is a young, blonde lady from Germany, his father’s wife, but definetely not Oded’s mother… 40 years later Oded breaks his long silence and journeys into his father’s real and covert identities, revealing the heavy price paid by his family, trapped in the shadows of espionage. High ranking Mossad officials appear in front of the camera for the first time to uncover the extraordinary case of ‚’The Champagne Spy’.