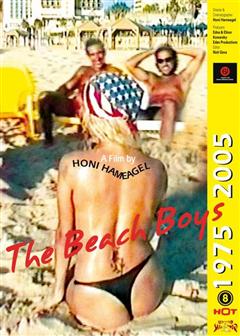 An intimate portrait of Israeli masculinity through three hard-core womanizers at the Tel-Aviv beach. From 1975-2005, the director-cinematographer, a reputable avant-garde artist and womanizer in his own right, followed his close friend Ronny Sagman and two of his pals – Alon “G-String” and David “The Irishman” – who never fail to devise new antics for chasing their eternal passion: women.

The film‘s protagonists refuse to give in to social conventions (such as time constraints), and religiously pay a daily visit to the beach – winter, spring, summer, and fall – as if it was their calling. Their sole purpose in life is the hunt – conquest after conquest; conquest for the sake of conquest.

During the course of several years, the film paints a portrait of the Israeli male, raising poignant questions about physical and emotional impotence, ethnic inferiority complexes, and Israeli/Jewish masculine identity on Tel-Aviv’s beachfront. The harder the beachfront tries to be a haven, an enclave separate from Israeli reality, the more it comes to express and characterize that identity.