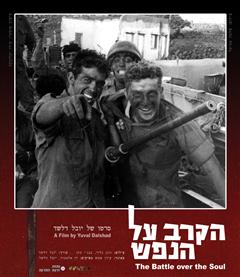 The Battle Over The Soul

The story of 5 soldiers who remained wounded and alone in a little bunker that was bombed by an immense enemy forces that conquered the area and tried to destroy them. Some of them will scarify their own lives for the rest and become a lone POW, others will be ordered to strangulate their wounded friend so the enemy outside would not hear their moans. They didn’t know who will survive the next 48 hours till the rescue forces could arrive.