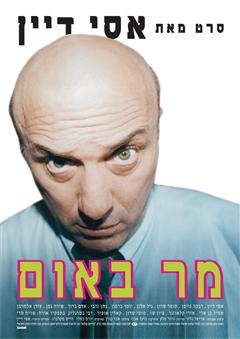 The third and final installment in the comic trilogy about contemporary Israeli life that begins with Life According to Agfa. Assi Dayan wrote, directed, and starred in the titular role. Mr. Baum is a balding advertising executive who spends more time working to advertise purple sunglasses than he does with his own family. But suddenly he is forced to reexamine his life after a doctor tells him that he has an “aggressive” brain tumor and will die in 90 minutes (approximating the film’s 92-minute running time).