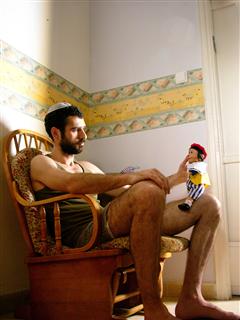 A drama about Nachum, an Orthodox Jew, who’s wife Yona is in the last months of her pregnancy. The impending joy is marred by the memories of the couple’s first child who died of Sudden Infant Death Syndrome. Haunted by feelings of crushing guilt, Nachum decides to train as an undertaker, to touch death daily. Yona feels that her husband is consumed with the world of the dead and is drifting away from her. Her struggle to bring Nachum back to her and his struggle between the dead and the living is the core of this gripping story.