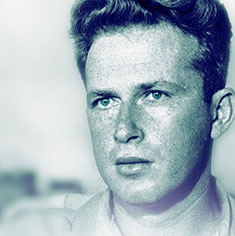 Rabin in his Own Words

A new and previously unseen viewpoint on Yitzhak Rabin – his own. Beginning with his childhood in Tel-Aviv, we follow him through his teen years at the Kaddouri Agricultural High School, his early days in the Palmach, his military career in the IDF as commanding officer and later Chief-of-Staff, and his political career as a diplomat, Prime Minister, opposition leader, Minister of Defense, and Prime Minister once more.