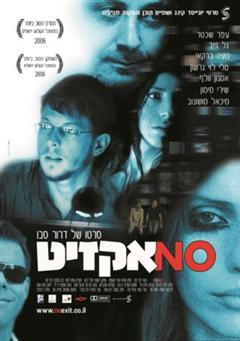 It is the height of summer and the reality show “his heart’s choice” is just about to launch its third season. Zacky Reibenbach, the show’s creator, knows that without a really good gimmick, there is no way he will repeat the success of the previous two seasons. Until he recalls his film student Yehuda Konitz. Yehuda has been documenting the rehabilitation of his friend Eitan for the past three years after the latter went blind under strange circumstances during his military service. His unique rehabilitation process was developed by Yael, Eitan’s personal trainer and Yehuda’s girlfriend. Yael is Eitan’s eyes, and with her he is a true phenomenon, and this is exactly what Reibenbach is looking for. Yehuda doesn’t have much faith in TV. He wants to make “a different film,” a film from the point of view of someone who cannot see. But for this he needs $50,000, and what are the chances that someone will buy “a different film” from him? So when Reibenbach the ratings magician offers him to give him “the phenomenon and the trainer” in exchange for a generous investment and a few cosmetic changes in the idea, Yehuda doesn’t bat an eyelash, and heads out on a delirious journey behind the scenes of the television world, gets addicted to Reibenbach’s reality games and finds himself on the way into a dead end.