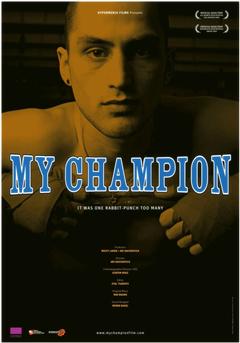 With his title as ‘Boxing Champion of Israel’ and a one way ticket, Merhav Mohar takes off for the United States to realize his dream, of becoming boxing champion of the world. The film follows the golden boy of Israeli boxing for 5 years, from his first steps in New York, alone and confused, to his accomplishments in boxing matches, and the exclusive world championship match in Atlanta, which unexpectedly turns into a fight for life