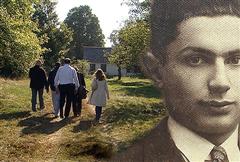 In 1943, Gitl Lerner, a 45-year-old Jewish woman, hid with five of her children in the home of a Polish farmer. On the night of October 30, Polish farmers in the area stabbed Lerner and the five children to death. Sixty years later Roni Lerner, an Israeli businessman and Gitl’s grandson, set out to Poland with the film crew to track down his family’s murderers.