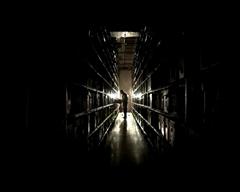 Upon his death from tuberculosis at the age of 41, Kafka left his will to his closest friend Max Brod: “Dearest Max, my last request: everything I leave behind me… to be burned unread… Yours, Franz Kafka” Ten years later Brod caught the last train leaving Prague, escaping the Nazis, and immigrated to Israel. From his new home in Tel Aviv he edits and distributes Kafka’s writings and transforms him from a writer – to a cultural phenomenon. But the fate of Kafka’s invaluable writings is now in the hands of two unstable women who keep the archives in substandard conditions in their rundown Tel Aviv apartment. This film is a detective story; an adventure that crosses geographical boundaries, as well as cultural and chronological ones; an exploration beginning early in the 20th century, and continuing to this day.