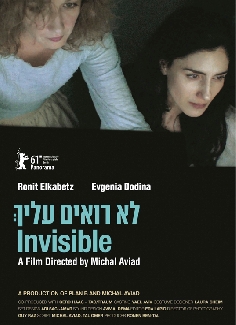 Over twenty years after Lily and Nira were raped by the same serial rapist, an unexpected encounter brings them together. Single mother Nira, a reserved television editor, comes across charismatic Lily, a left-wing activist who is helping Palestinians harvest their olives. So intense is the chance meeting, that Nira finds herself digging into her past, stirring up memories, and trying to bridge the gap between the person she once was and the person she has become. Nira becomes increasingly obsessed with her ‘mission’ to find out all she can about the rapist. She discovers that although he behaved violently towards all the women, the press named him the Polite Rapist and described him as “well-mannered” since he forced his victims to spend hours with him, talking to them and raping them in turn. Lily, bound up in a profound crisis in her marriage, tries to prevent the trauma of the rape from surfacing, but it penetrates every part of her life. She rejects Nira’s attempts to befriend her, but no longer has the strength to block out the pain. Her relationships with her son, daughter and husband are strained to the limit, and Lily eventually realizes that she has no option but to confront the cracks in her life. Lily joins forces with Nira, and together the two of them begin a painful yet liberating journey to release the anguish that unwillingly connected them more than twenty years ago. The film refers to an actual serial rapist operating in Tel Aviv, in 1978, and includes televised material and recorded testimonies of women raped by the same man. The mixing of fact with fiction, and the relationships it creates between the traumas of rape and the Israeli routine of military violence, are emotionally powerful and thought-provoking.