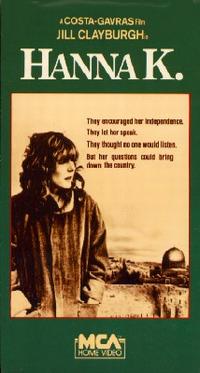 Hanna K. is the story of Hannah Kaufman, a child of Holocaust survivors and an American-Jewish immigrant to Israel, who was a court-appointed lawyer assigned to defend a Palestinian, Salim Bakri, accused of terrorism and infiltration. Salim claimed that he was trying to regain possession of his family house. Hanna saved him from a jail sentence, but he was deported to Jordan. Salim eventually returned, was jailed for illegal immigration, and he again asked for her services. Hanna investigated the story and discovered that Salim’s family home was now a tourist attraction in Kafr Rimon, a settlement built and lived in by Russian Jews. Bakri’s former village of Kufr Rumaneh had disappeared except for a few stones and trees.