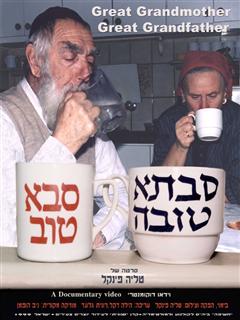 “Did you go on a honeymoon? Honeymoon? In our dream! All our life is honey…” This is the answer orthodox grandparents give to their atheist granddaughter, the film director, who tries to understand their spiritual strength which helps them to survive despite all the difficulties they had to overcome throughout their life.

As Jewish Holocaust refugees, the lives of Batiya & Reuven Gurevitz are paved with pain and hardship. Early in their married life, they were forced to abandon everything they had because of the Nazi army’s invasion of Bessarabia at the beginning of World War II. They wandered through the former USSR, facing unbelievable poverty and local anti-Semitism.

Now, living in Israel in their senior years they face the problem of leaving the only bit of stability they were able to reach – the modest apartment they own. Despite all their troubles, they are strengthened by faith and remain devoted to the Jewish Orthodox Law.