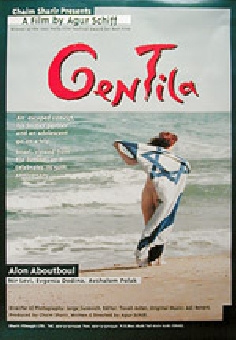 After serving time for a bank robbery, Gadi (Nir Levi) is released on probation for a three-day journey to put up flags to commemorate Israeli Independence Day. He invites his younger brother Itzakale (Avshalom Polak) to come along, although their mother is dying in the hospital. Joining the two brothers is escaped convict Shoshana (Alon Abutbul). Traveling the countryside in a van, they put up Israeli flags with stopovers at gas stations and roadside cafes. At one cafe, the trio picks up a pregnant hitchhiker (Yevgena Dudina), and both brothers are attracted to her. But one morning when the brothers are not present, she’s raped by Shoshana, leading to her departure.