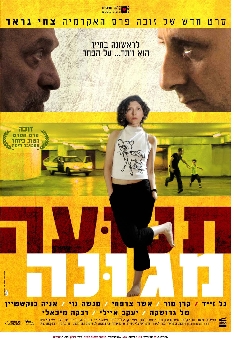 Foul Gesture follows a week in the life of Michael Klienhouse, your typical next-door neighbor, married with a child, the one you think you figured out already. One day, on the morning of the Holocaust Memorial Day, minutes before the siren is due to be heard, Michael runs into Dreyfus. Tamar, Michael’s wife, has just flipped Dreyfus the finger, and Dreyfus deliberately hits the gas paddle of his black car and runs into Michael’s open car door, almost hitting her. A law-abiding citizen, Michael hopes to resolve the situation with the help of the authorities, only to find out that the 60-year-old Dreyfus, an old war hero, is a violent man with connections and friends in high places.