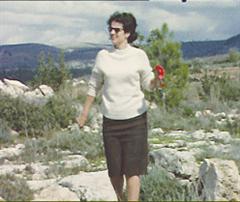 This film is a documentary based on the large amount of footage filmed by prime minister Yitzhak Rabin during 1963-1973. It begins with steady shots of Paris – from beautiful landscapes to repeated images of homeless people sleeping on the streets – and eventually shows his filming of touristic London and Florence, various rural scenes in Asia and Africa, and a series of city scenes in Iran. A long section devoted to his time as ambassador to the United States – during which he filmed not only New York, Washington and San Francisco but also a football game, as well as American television – suggests both the growth of Israel’s relationship with its mega-ally and the large developmental difference between the two countries.