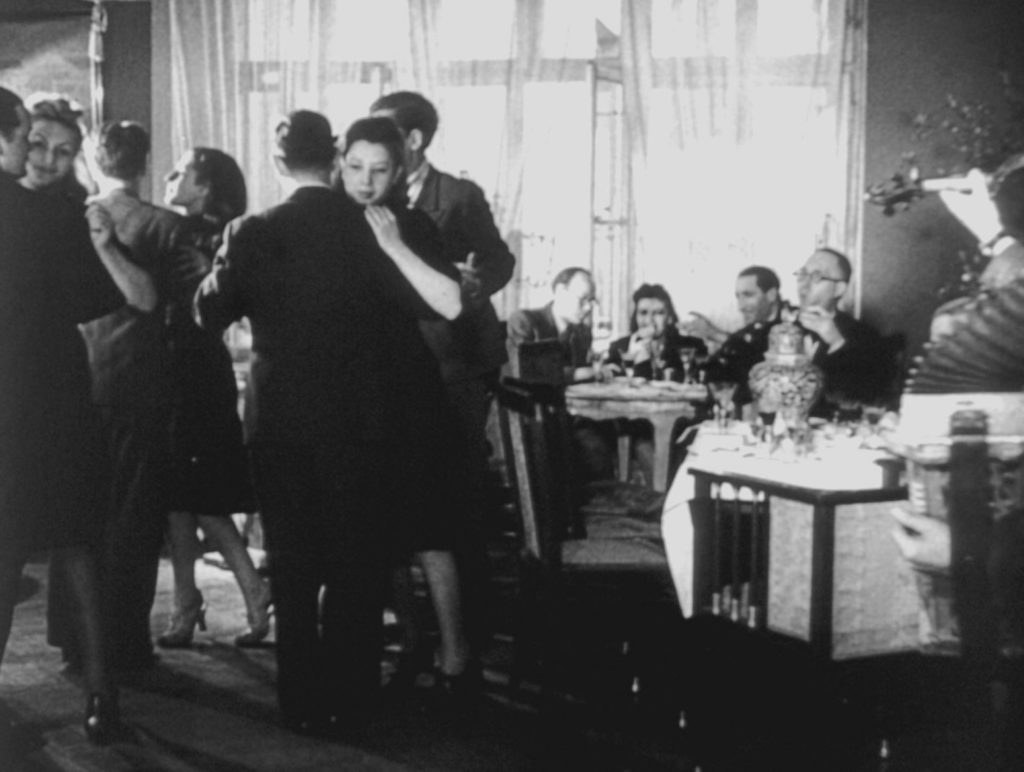 In 1942, the Nazi propaganda machine was hard at work. 70 years later, the deceit is finally unmasked.

Yael Hersonski’s powerful documentary achieves a remarkable feat through its penetrating look at another film: the now-infamous Nazi-produced film about the Warsaw Ghetto. Discovered after the war, the unfinished work—with no soundtrack—quickly became a resource for historians seeking an authentic record, despite its elaborate propagandistic construction. The later discovery of a long-missing reel complicated earlier readings, showing the manipulations of camera crews in these “everyday” scenes. Well-heeled Jews attending elegant dinners and theatricals (while callously stepping over the dead bodies of compatriots) now appeared as unwilling, but complicit, actors, alternately fearful and in denial of their looming fate.

This film is testament to the survivors of the “Final Solution” but its also a sad reminder of my past, as a relative of a survivor its just almost as bad as living it yourself I heard the stories from my Dad and Grandmother, and they sounded like unbelievable stories, But to see the footage I was able to put a real face on the stories my Relatives told me, I could picture my Dad as one of the children in the documentary ( hes was yrs old in 1942) My grandfather was a prisoner of Auswich, my grandmother worked at one of the factories associated with the concentration camp, she refused to leave Poland as the transfered the workers to Germany when the Russians where at the footsteps, subsequently when the Russians arrived at the new Factory in Germany the shot all the Poles who worked their as collaborators so thanks to My grandma I’m here today. Seeing this documentary reminds me of the life they had, what they endured, and the reason I,m here today . I thank the people who put this together and most of all I thank my Grandmother, Grandfather (he escaped and was part of the Polish Army at Monty Casino) and my father who had no childhood. I love you all and God bless.So see it to mourn for the dead and to celebrate the privileged live you live, and thank the WWII veterans who gave their lives, and the many who returned scared for life to rid us of the Nazis