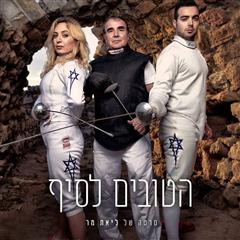 Haim Hatuel started piercing his kids at age 5. Today, Delila and Maor are Israeli fencing champions. Haim was born Morocco and came to Israel when he was 15. A day after his release from the army, he saw an ad that changed his life. He was accepted into a fencing academy, which was a social sport initiative aimed at turning street kids into law abiding citizens. Over the next 45 years, Haim has built a fencing empire in Acre. His protégés participated in seven Olympics – from Munich in 1972 to Beijing in 2008. Just before the 2016 Rio Olympics, the mayor wants to close down the fencing club. The Arab fencers have abandoned the field, and for the first time, Haim’s own children are rebelling against the dictatorial rule that turned them into fencers from the day they were born. Will Haim succeed to save his life-long work?