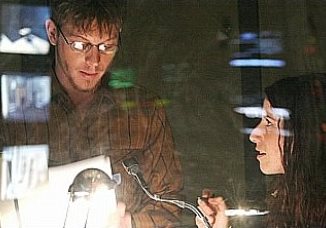 It is the height of summer and the reality show “His Heart’s Choice” is just about to launch its third season. Zacky Reibenbach, the show’s creator, knows that without a really good gimmick, there is no way he will repeat the success of the previous two seasons. Then he remembers his film student, Yehuda Konitz. Yehuda has been documenting the rehabilitation of his friend Eitan for the past three years after the latter went blind under strange circumstances during his military service. His unique rehabilitation process was developed by Yael, Eitan’s personal trainer and Yehuda’s girlfriend. Yael is Eitan’s eyes, and with her he is a true phenomenon–exactly what Reibenbach is looking for. Yet when Yehuda accepts Reibenbach’s offer of fifty grand to help his movie, in exchange for putting “the phenomenon and the trainer” on the show, he finds himself drawn into Reibenbach’s deceptions, as well as the shady, glitzy world of reality television, and on a downward spiral towards a dead end.