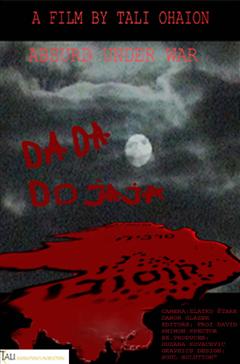 Dada do Jaja – Absurd Under War in Yugoslavia & Israel

The movie is a personal journey to Serbia, due to the death of my Yugoslavian boyfriend who immigrated to Israel. The movie focuses on wartime absurdness of reality and in two disciplines-Cinematographic and theatre, in Yugoslavia and in Israel [1997-2002].

Absurd, surrealism and grotesque are streams of art, which developed after the world wars due to the frustration from life, which came about after those wars. In the cinema the movies of the genius directors Emmir Kusterica and Haim Busaglo are examples for surrealism under war. In theatre in Israel there is a trend of absurd plays, of which some are classics like those of Harold Pinter. In Yugoslavia many original plays which are absurd, satirical, cynical and with black humor are produced.

It seems that due to the ethnic mixture in Yugoslavia and Israel, there are influences of different cultures and religions on the musical discipline. The music of Goran Bregovich as he himself says is very frankensteinish because it is achieved by elements that are disharmonic. The paradoxical fact is that in the near past Yugoslavia was a communist and an atheist country, where there was no significance to religion, whereas nowadays all wars are caused by religion and nationalism. The question that must therefore be asked: is it not possible to be “Frankenstein” in the political reality as well as in the arts?