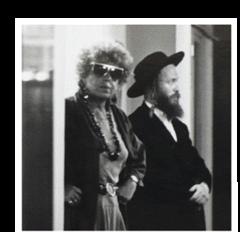 With a lot of Chutzpah and against all odds, Shulamit Aloni managed to work her way to the top of the Israeli political world. At the age of 80, she now looks back at her brilliant career as a champion of civil rights in Israel, a feminist, a government minister, and a leader of one of the liveliest and most vibrant political movements in the history of Israel. This film tells the story of her life and times.

Aloni, who started out as the first civil rights lawyer in Israel, became a member of Knesset in 1964, and was the first woman to serve on its powerful Constitution and Law Committee. At that time, she was located on the left margins of the ruling party, MAPAI (later Labor). Five years later, she was removed by Prime Minister Golda Meir. Some say Golda was jealous of the young Aloni, who was more educated, and – as she herself puts it – had great legs. Aloni then founded her own party – the civil rights movement Ratz, which won 3 Knesset seats in 1973, and to this very day plays an important part Israel’s political life and culture, through its successor Meretz.

Aloni is considered the great founding-mother of civil rights in Israel. When she was a young teacher, she turned to the study of law, in order to educate the citizens of the young Jewish state as to “what law and order are, what the state can do, and what it cannot”. She wrote the first high school textbook on civil-democracy studies; she pioneered a popular radio show on civil rights which already in the 1950s helped citizens whose rights were violated by the state institutions; she was first to present the idea of civil marriage to Israelis – as a protest against the religious state-law that forbids civil marriage. In short, throughout her long career she has been a maverick, a thinker, and a pioneer.

She has lived through tumultuous times: Growing up in a poor Tel Aviv neighborhood, she was sent to a boarding school, where she lost her only brother who was killed in an accident and then her sweetheart, who was killed in the war. Later, she lived a life that has always been on the brink of contradiction: she married a man who administered the lands confiscated from Palestinians who became refugees after the war of 1948, whereas she herself was the great fighter for the rights of the Arab citizens of Israel and later of the Palestinians. She was a woman in a world that was dominated by men. She was the head of a political party, but she was not a good strategist. Indeed, her last battle was bitterly lost, and she found herself retired, much against her will.

This film tells the story of a strong and prominent woman, who even now, at age 80 – is very much alive and kicking. At the same time, it is a story of Israel as a state and a society – told from an unusual angle.