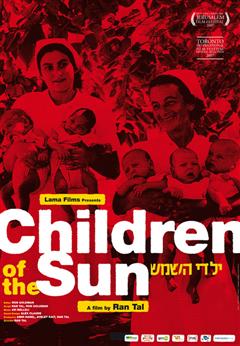 Children of the Sun

Documentary filmmaker Ran Tal draws on footage culled from over eighty amateur films shot between 1930 and 1970 to explore the curious story of the Israeli kibbutz movement. Conceived as a utopian refuge, kibbutzim were collective communities in which children were raised to become the new face of the Jewish people. In the kibbutz, children were offered only limited contact with their parents, completely oblivious to the bold experiment in which they were the primary test subjects. They were cared for by nannies and slept together in a separate cottage designed specifically for them. As a result, the children became their own family, a new breed that placed little value on material possessions while immersing themselves in physical labor and strict ideology. Director Tal was one of those children, and in this film he offers a vivid portrait of that epoch by allowing other former kibbutz members to comment on the archival footage while reflecting on their unconventional childhoods.