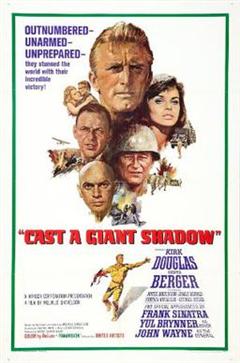 This film is a fictionalized account of the experiences of Colonel David “Mickey” Marcus, a Jewish American military officer who commanded units of the fledgling Israel Defense Forces during the 1948 Arab-Israeli War. Following the 1947 UN decision to split British Mandatory Palestine into separate Jewish and Palestinian states, Marcus is recruited to help the Jews reorganize the Haganah into an army.