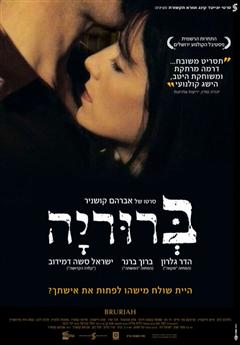 Bruriah and her husband Rabbi Meir lived in the 2nd century C.E., at which time the Rabbis declared “women are light-minded”. Bruriah, a most learned and intelligent woman, mocked their statement. In order to prove their justification, Rabbi Meir sent one of his students to seduce her. Bruriah was seduced and when she discovered that it had been planned by her husband, she committed suicide. This story infiltrates and creates turmoil in the life of a religious, Jerusalem family in 2008.