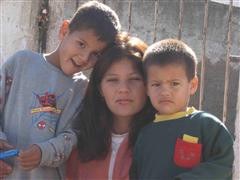 This film presents a modern day “Solomon”s Trial”. Twenty years ago, an Israeli family, the Tourgemans, adopted Bruna, a four month old Brazilian infant. After two years, the biological mother, Rosilda Vasgonsales, arrived in Israel claiming that Bruna had been kidnapped from her. With the help of a British television crew, Rosilda petitioned the high court. The Tourgemans tried to fight, but a psychiatrist sent an assessment to the court asserting that the child would have no irreversible damage if she were to be returned to her biological mother. What has happened to Bruna since then? How did the court case affect the course of her life? Was the intervention of the television crew justified? Nili Tal returns to Curitiba in Brazil, and follows the events of Bruna and her biological parents.