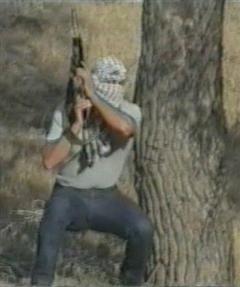 The setting is April 2002 in a Jenin refugee camp on The West Bank. When Israel army units try to overtake the Palestinian Islamic Jihad and Fatah militants, the result is massive casualties on the sides of both the civilians and militants and severe damage to houses in this region. The question remains: What happened in Jenin? The Israelis claim it is proof of the humanitarian guidelines they followed when they decided against launching an air strike on the Palestinians, which would have caused many casualties on the part of the Palestinian people. The Palestinians, however, regard this incident as a symbol of heroism for their people, resistance against the Israeli soldiers.

The Battle of Jenin documents for the first time the testimonials of people on both sides of this struggle, highlighting moments of preparation for battle and accounts of the horrible fighting that occurred during this period. This film documents the reality that both sides knew of the human toll that would occur as a result of the fighting. Stunning footage was taken days after the battle in the refugee camp in January 2002 and May 2002.