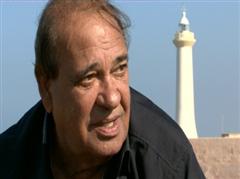 Back to Casablanca (Son of the Land)

Israeli actor and director Ze’ev Revach was born in Morocco in 1940. He sets out on a journey back to Casablanca, in search of a Moroccan actor to star alongside him in his next film, which he dreams that he’ll be able to distribute around the Arab world. He connects with his mother tongue, discovers the commonalities between the two cultures, but his mission is not a simple one. Revach’s heart sways between Diaspora and Homeland, between authentic and imagined Moroccan belonging and between the script of the dream and the reality.