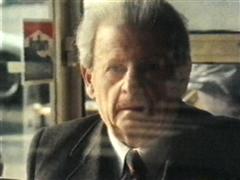 Absent God – Emmanuel Levinas and the Humanism of the Other

The Absent God is a documentary film about the philosophy of Emmanuel Levinas, one of the foremost thinkers of the 20th century. Inspired by modern philosophy and ancient Jewish texts, Levinas developed the  “humanism of the other”, in which people are called to listen to “the silent word of the human face”. This film juxtaposes the philosophy of Levinas with the Israeli reality of 2012, where seculars and religious, Muslims and Jews, poor and rich – live in a permanent conflict under a sky of an absent God.