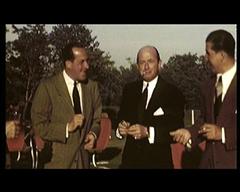 Everything is going great for the director: he inherited the benefits of a generation of New York Jews who turned their backs on their religious pasts and re-defined themselves in America. But when his ex-patriate Israeli hustler pal Shimon walks into the trendy Kabbalah Center in Beverly Hills one day and walks out newly-religious – with a one-way ticket to a yeshiva in Jerusalem in hand – the director’s world is turned upside down.

Following Shimon to Israel, he moves through different spiritual and religious communities investigating and wondering if everyone – not just Shimon and Madonna – has lost his mind.