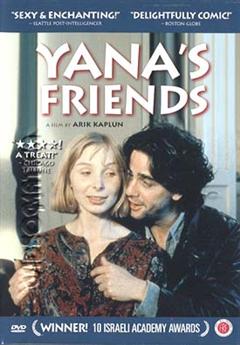 This charming, entertaining film full of warm humor, swept the recent israeli Awards in almost every category. A romantic comedy that takes place during the time of the Gulf War with Iraq as scuds fly overhead, and the country waits in their airtight rooms. Yana, abandoned by her husband, is pregnant, penniless, and in debt. She moves into a flat with Eli, an Israeli wedding photographer who secretly videotapes Yanna, turning her life into a film project. Yanna discovers that tapes and explodes, but then the SCUDs force them into the same sealed room.