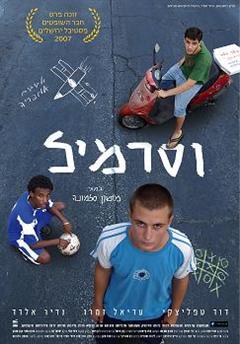 Vasermil tells the story of a group of 16 year olds who live in the same tough neighbourhood of Beer-Sheba, growing up in an unforgiving environment, pinning their hopes on football as a way out. Shlomi Lives with his widowed mother looking up to a brother who’s already in trouble with the law and working as a Pizza delivery boy. Elisha, who is of Ethiopian descent, has to look after his young brother and his mother, while watching out for the constant prejudice and harassment, when all he really wants to do is play football with his mates, and Genadi, is a new immigrant from Russia, who makes a living out of dealing dope, trying to save enough money to get his family out of there.