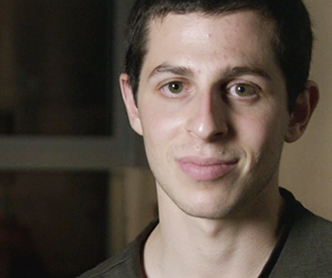 Gilad Shalit was captured in Gaza during a cross-border raid in 2006, after which he was held for over five years in an unknown location in the Gaza strip, a Hamas-ruled territory. Shalit, who was released on October 18th 2011, said that although he was treated mostly well by his Hamas captors, he was fearful that he would never be released. “I tried to be optimistic,” he told interviewers. “I tried to focus on the little, good things I had there.” The film “Gilad Shalit–The Interview”, presents the first and only interview so far of Gilad talking about his experiences in captivity. This is an exclusive and historical documentation of the soldier / child / captive describing what he has been through. The filmmaker, who was given exclusive access to the Schalit family throughout his captivity, was also there for the preparations for his return. Would he wear a uniform when he returned? What would be his state of mind? These are only two of a handful of issues on which the family had to give an answer, while an entire country waited for Gilad’s homecoming.