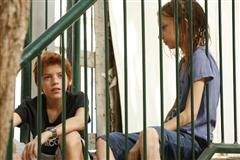 The life of twelve years old Eli, which is mostly consisted of daring mischievous acts, turns upside down one day, when he finds out that his father, Ben, is accused of taking bribery while on duty as the architect of the Herzliya municipality. Eli sets out on a mission in order to prove his admired father’s innocence. He tries to mislead the police but finds that his actions backfire, causing his father even more damage. He befriends with the police officer in charge of the investigation and receives some weird but efficient romantic advices. While Ben, held on house arrest is gradually weakening in front of Eli’s eyes, Eli discovers new strength within himself.